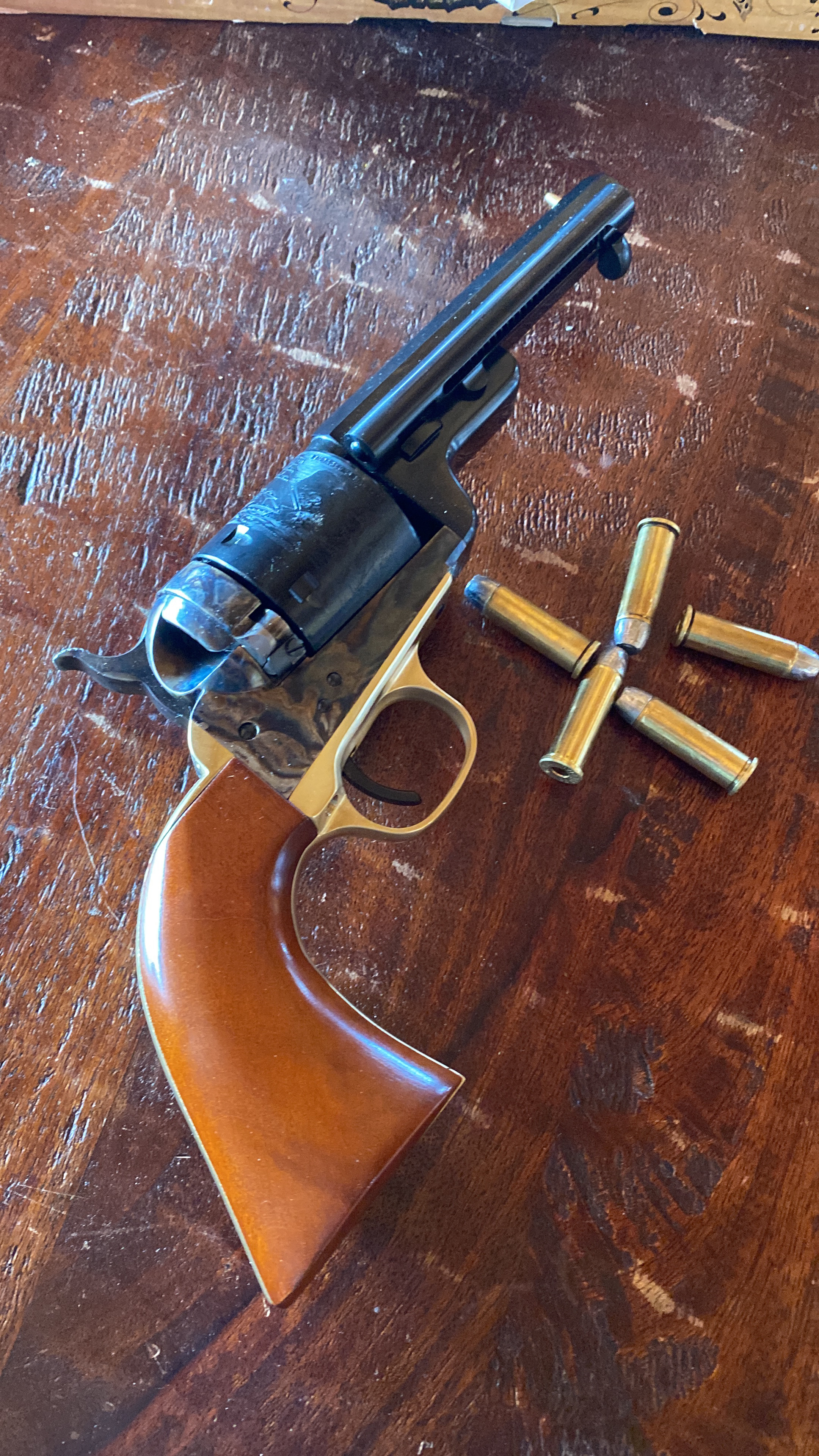 The .36 caliber 1851 Navy and the .44 Caliber 1860 Army Colt revolvers were the most prolific handguns of the civil war. Both of those revolvers were muzzle loading percussion guns. In the mid 1850’s a Colt employee had an idea for bored through cylinders, so that revolvers could take self contained metallic cartridges, enabling them to be loaded and fired more quickly. ? Samuel Colt in probably the largest blunder of his career, showed little to no interest in this idea, and his Employee, a man named Rollin White sought and received a US Patent for bored through Revolver cylinders. Mr. White licensed his patent to another company, Smith & Wesson, allowing them to be first to market with cartridge revolvers. Smith & Wesson had a monopoly on cartridge guns as long as they were the licensee of the Rollin White patent and really no manufacturer attempted to challenge them. The Rollin White patent on bored through cylinders expired in 1869, about 7 years after Sam Colt died. At the end of the civil war, Colt found themselves with large stockpiles of parts for the Prolific 1851 Navy and 1860 Army. Two of the Colt Company’s best Gunsmiths / designers were Charles Richards and William Mason, and together they successfully designed several iterations of Colt factory cartridge conversions using existing parts stockpiles and guns left over from government contracts during the war. Those “open top” Army and Navy cartridge conversions were the first commercially successful Colt catridge handguns. Richards and Mason would later work together again on one of the most famous guns in history, the Colt Single Action Army or “Peacemaker”. The Army took delivery of the vadt majority of “peacemakers” up until 1875, when the gun finally started to get into civilian hands. For a good bit of the old west, folks carried either surplus percussion revolvers like the famed 1851 Navy colt or the 1860 Army. Those on the cutting edge carried Colt Richards / Mason conversions from about 1871 to 1875. After that, the Single Action Army was the belle of the ball. I’ve always been fascinated by the Richards Mason conversions. I’m a huge fan of the 1851 Navy and the Single Action Army. The Richards / Mason guns represent a transitional phase in the American gun industry, the period where we were switching from muzzle loading handguns to cartridge handguns. You can see the Single action Army’s lineage from Navy/Army Colts, to Richards / Mason conversion Colts and then finally to the most famous handgun perhaps ever, in the Single action Army. What you see here is a Cimarron reproduction of an 1851 Navy Richards / Mason conversion chambered in .38 Spl. The MOD website will shortly be updated to reflect the fact that I have obtained a small quantity of these unique guns. I like the Navy Colt style and the SAA lineage you can clearly see in this gun and I think it’s awesome that this small, but immensely important era of handgun development is being presereved for us to enjoy and learn about. 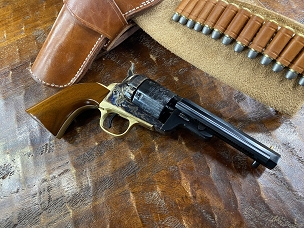 I have a Romanian Wasr-3 that has trigger slap even after installing an aftermarket trigger. I also believe it is over gassed, so I would like for someone to work on it and leave it perfect. As of now I am not comfortable shooting it.